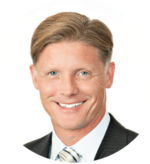 Mr. Durbin joined Viveve in early 2013 and became Chief Executive Officer and Director in May 2018. He previously served as the company’s Chief Financial Officer and has been instrumental in the company’s growth. He is committed to leading the company and the clinical and commercial development of its innovative CMRF technology to solidify its position as a global leader in women’s intimate health.  Mr. Durbin’s 25-year career in the life sciences industry covers corporate finance, strategy, clinical, and operational experience. Prior to joining Viveve, he was Chief Financial Officer of Aastrom Biosciences, a publicly traded, cardiovascular cell therapy company. In 2004, Mr. Durbin began his six years as Chief Operating and Financial Officer for Prescient Medical, Inc. (PMI), a privately held company that developed diagnostic imaging catheters and coronary stents designed to reduce deaths from heart attacks. Prior to PMI, he spent several years as a financial consultant for two publicly traded biotech companies, Scios, Inc. – a Johnson & Johnson company, and Alteon, Inc. Mr. Durbin began his corporate finance career as an investment banker in the healthcare and M&A groups at Lehman Brothers Inc., where he focused on mergers and acquisitions and financings for the life science industry. At Lehman, he successfully executed over $5 billion in transactions for medical device and biotech companies. Preceding his advance into corporate finance, he served as a Director of Neurophysiology for Biotronic, Inc.

Chairman of the Board

Mr. Basta received a B.A. from The Johns Hopkins University and an M.B.A. from the Kellogg Graduate School of Management at Northwestern University.

Ms. Jorn has served as a member of the Viveve Board of Directors since May 2016. She has 30 plus years of commercial experience building global pharmaceutical, aesthetics, and OTC businesses. Recognized as a leader in creating new markets she has successfully launched products in numerous therapeutic areas. Ms. Jorn has an extensive background in several areas of Women’s Healthcare including overactive bladder and incontinence, fertility, contraception, osteoporosis, and aesthetics. Most recently, Ms. Jorn was Executive Vice President of Corporate and Commercial Development at Eyepoint Pharmaceuticals from November 2016 through April 2018. Prior to that, Ms. Jorn was Executive Vice President and Group Company Chair at Valeant Pharmaceuticals from June 2015 to March 2016, following the acquisition of Bausch & Lomb where she was the Chief Global Marketing Officer leading the prescription and OTC eye health business. Before joining Bausch & Lomb in June of 2020, Ms. Jorn was the Group Vice President of Women’s Healthcare and Fertility at Schering Plough Corporation. Ms. Jorn began her career at Merck & Co., Inc. and for more than 20 years held roles of increasing responsibility in R&D, marketing and sales. She has a strong scientific background and extensive experience in all facets of the clinical development process leading to product launch including market and competitive assessments, clinical strategy, and trial design, labeling requirements for approval and competitive differentiation. PharmaVoice has recognized Ms. Jorn as “one of the top 100 most inspiring people in healthcare” in the “brand builders” category. Currently, Ms. Jorn serves as vice-chair of the board at Pharming Group, NV.

Ms. Jorn received a B.A. in Biochemistry from Rutgers University and an M.B.A. from New York University Stern School of Business. 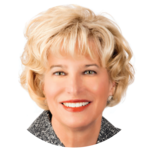 Ms. Morris joined the Viveve Board in May 2016. She currently serves as the chief executive officer of Willow Advisors LLC, a position she has held since May 2015. Ms. Morris was previously the chief executive officer and president of Syndax Pharmaceuticals, Inc., a biopharmaceutical company focused on the development and commercialization of an epigenetic therapy for treatment-resistant cancers from April 2012 to May 2015 and a member of the board of directors from May 2011 to June 2015. Prior to Syndax, Arlene served as the president, chief executive officer and a member of the board of directors of Affymax, Inc. from 2003 to2011, a publicly traded biotechnology company. She has held various management and executive positions at Clearview Projects, Inc., a corporate advisory firm, Coulter Pharmaceutical, Inc., a publicly traded oncology pharmaceutical company, Scios Inc., a publicly traded biopharmaceutical company, and Johnson & Johnson, a publicly traded healthcare company. Ms. Morris is currently a member of the board of directors of Cogent, Viridian and Palatin Technologies, Inc., all U.S. biopharmaceutical companies. She is also on the board of the Foundation for Research Development of the Medical University of South Carolina and previously served on the Board of Neovacs SA, Biotechnology Innovation Organization (BIO), Dimension, Biodel, and the Humane Society of Silicon Valley.

Ms. Morris received a B.A. in Biology from Carlow University.

Dr. Presnell was appointed to the Viveve Board of Directors in October of 2020. She has over 25 years of experience in the leadership of R&D and the commercial translation of technology. Dr. Presnell currently serves as the president of the Amnion Foundation, a not-for-profit organization dedicated to the ethical preservation and utilization of birth tissue-derived cells in regenerative medicine and drug development. Prior to joining Amnion in 2019, Dr. Presnell’s career path took her from a faculty position at the University of North Carolina at Chapel Hill, where she developed multiple outlicensed and industry-supported technologies, to Director of R&D at Becton Dickinson where her team contributed to product development for the Life Sciences business units. In 2007, she transitioned from the Fortune 500 environment to the biotech industry where she led early-stage R&D for regenerative medicine products such as the Neo Kidney Augment™, a clinical stage cell-based therapeutic for chronic kidney disease, and several marketed 3D-Bioprinted Tissue Model products for use in drug development, one of which (ExVive™ Liver) was the subject of numerous awarded patents and peer-reviewed publications, including recognition as Paper of the Year by the Society of Toxicology in 2016. In 2015 she launched Samsara Sciences, a wholly-owned subsidiary of Organovo, Inc., and led a small team in the rapid development and marketing of cell-based products to support liver research, an effort which reached profitability in less than 2 years. In 2018, the Samsara assets were sold by the parent company to LifeNet Health where they continue to provide unique solutions to pharma customers. Dr. Presnell provides life sciences consulting services broadly to start-up companies, Fortune-500 companies, not-for-profit organizations, and investment firms throughout the US and EU through her firm, CytoStrategy™. She serves as the Chair-elect of the North Carolina State University College of Life Sciences Board and is also an active board member of the Coulter Translational Partnership Fund at the University of Virginia in Charlottesville. She is an avid mentor for women in science and dedicates significant time and resources to teaching and providing hands-on training to students of all ages.

Dr. Presnell received a B.S. in Biology, Microbiology, and Genetics from North Carolina State University and a Ph.D. in Experimental and Molecular Pathology from Virginia Commonwealth University School of Medicine.